The Quadrans Foundation is pleased to announce the publication of revision 1.0 of the Quadrans Yellow Paper. This review contains the comprehensive work done by the Crypto Board researchers to define the characteristics of the next generation Quadrans blockchain.

The previous publication showed the basics of the evolution of the Quadrans blockchain, with the hybrid structure based on Proof of Stake and Proof of Work, the work that will be carried out by the Masternodes and Miners within the network and the three levels of the blockchain divided into SynchroChain, MasterChain and ShardChain.

Today, revision 1.0 presents one of the crucial chapters for the development of Quadrans, relating to the innovative Consensus protocol that defines the interest between the work done by the Minernodes, the MasterNodes and the SynchroNodes with the tree levels blockchain.

Here some interesting details from the Yellow Paper that may interested you.

The three levels of blockchain provided by Quadrans require a further subdivision of the consensus mechanism.

The consensus on the ShardChains is reached through PoW-based mechanisms, that proceeds independently on each shard. TokenHolders who want to become Miners during each epoch may compete in the PoW competition. The results of the competition are listed on the next EpochBlock, and are used to determine the Miners for the subsequent epoch.

The consensus on the MasterChain is reached through a Proof of Stake mechanism, where the TokenHolders elect the MasterNodes considered most efficient, trustworthy, and reliable.

To coordinate the work on these chains and enhance safety, Quadrans has an extra chain, called SynchroChain, that marks the beginning of time-slots, time-stamps the other blocks, and defines the parameters of the ledger.

TokenHolders that submitted a candidacy to become a MasterNode during an epoch that were not selected could compete to became a SynchroNode and are all expected to follow the protocol execution on SynchroChain.

The development of the Quadrans Blockchain and its ecosystem is still in progress, and a continuous effort is expected in the future in order to keep the technology always up-to-date.

With the Yellow Paper the Quadrans Crypto Board defines how the blockchain will evolve in the near future. Please feel free to comment, share and sustain our work to make Quadrans blockchain every day better.

What we released today

The revision 1.0 of the Quadrans Yellow Paper published today includes: 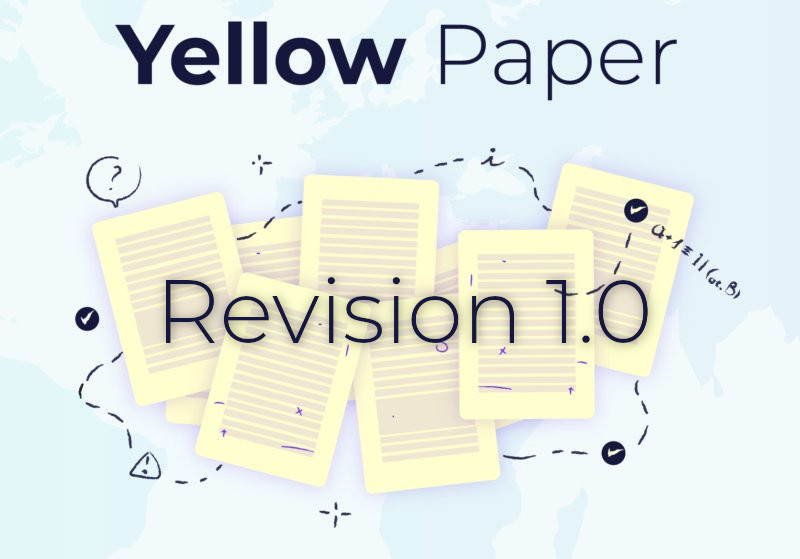